Stampin’ Up! and my husband & I share the same Anniversary this year: TWENTY-FIVE!

At the 25th Anniversary Convention for Stampin’ Up! this summer, the 25 oldest longest-lasting demonstrators were called to the stage and I was surprised to be one of those most tenacious demonstrators! That’s me under the “N” in “Difference” with my upline Sherrill Graff to the left in blue.

Shelli Gardner (far right) presented all of us with a gift (below). Each necklace had our initial on it! Because it was unexpected, it is one the most treasured things I have ever received. Doesn’t something delightfully unanticipated just feel so much more exciting? I love the embossed silver paper on the gift and all the layers and every time I wear it, it reminds me how much I love Stampin’ Up! 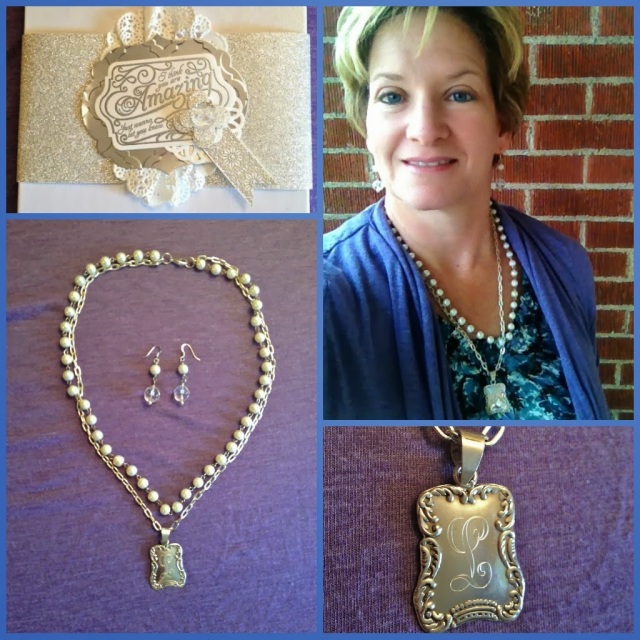 My 20th Anniversary with Stampin’ Up! was actually the same time I was in San Diego celebrating my 25th Wedding Anniversary with my sweet husband. I’ll admit that we’ve had our rocky times (as those of you who know me may remember), but perhaps this celebration was just that much sweeter because we have triumphed (with help and prayers) to get to this milestone! 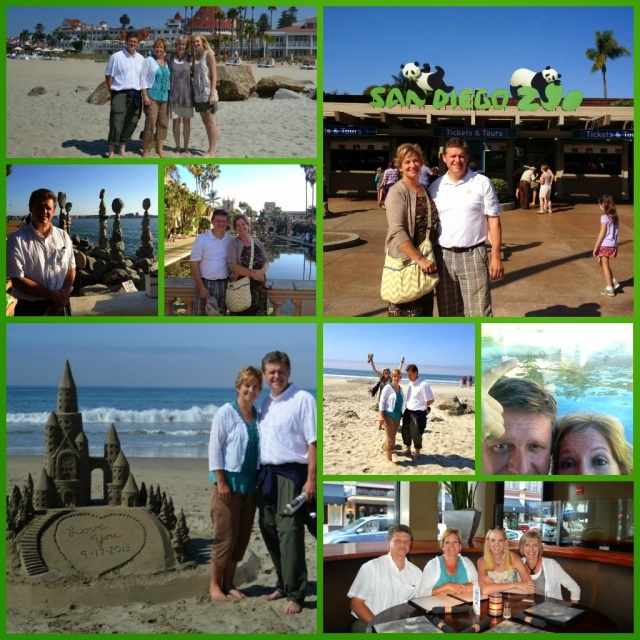 You may be asking yourself…WHO ARE THOSE OTHER WOMEN in her pictures?? LOL! No, he only has ONE wife, but in a serendipity moment, we happened to be in San Diego at the same time the Stampin’ Up! Getaway achievers were there enjoying a well-earned vacation, and my friend Carolyn (from Canada) brought her daughter Jenna with her, so we spent a day together exploring the area. My favorite picture is of Cody & I by the sandcastle on the beach, but my second favorite is Carolyn’s photobomb captured by Jenna 🙂

Next year, I hope our Anniversary trip is funded by Stampin’ Up!  Carolyn and I have made a goal to earn the Washington D.C. Trip together!

Now, I don’t want to leave you out of the celebration, so here’s a way for you to join the fun, starting on October 7th (and only for 14 days!!): 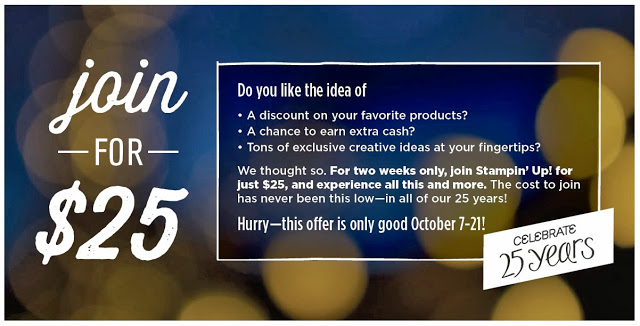 Come back on October 7th and join my family by clicking “Join Now” at the top of the blog!

When there is a holiday at the beginning of the month, I seem to start off slower than usual! It was a lovely Labor Day, and it got me thinking about workers that often go unthanked…so here’s a shout out to a few of the people who keep things running smoothly so my life is easier: To those who work in Utilities (including waste management, keeping us clean) THANK YOU! People who keep my lights and internet working, WAHOO! And those unsung heroes that plant, weed and harvest so I can eat, YOU ROCK! Seriously, my life would suck without you (hmmm..that could make a great song…)

On to September Stampin’ New & Noteworthy!

And here is the “Best Of” Autumn stamp set available now:

You may have heard that our beloved CEO and co-founder of Stampin’ Up! Shelli Gardner was in an accident last week. I am so grateful that it wasn’t worse and that she is on the road to recovery! Her husband has “hacked” into her blog and you can follow the story HERE (starting on August 31, 2013)
It always amazes me how small miracles add up and reveal the arm of the Lord in our lives. As a whole SU! community, we are appreciative that her life has been spared and pray for her speedy healing.

Shelli Gardner, Co-founder and CEO of Stampin’ Up! shared a tower of gift ideas with us at convention, including some beautiful hand-made jewelry (a peek at what’s coming in the Holiday Mini Catalog beginning in September!) I enjoyed this article from the Deseret News about convention and a blog report from Paper Crafts Jennifer Schaerer who also shares a look at just a few of the display boards we as demonstrators flock to during convention to fill our creative cups!

Here are 10 great reasons I LOVE Stampin’ Up! 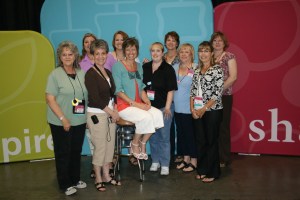 {cue music} We are family! I got all my girlfriends and me! {dancing follows}

These ladies are part of the reason I do what I do: reuniting with some of them year after year, meeting new friends, laughing/crying/stamping/creating/sharing/sleeping/eating/celebrating/mourning/working/playing together. In 17 years, we’ve done it all!

It would be great to have YOU with us next year at Convention (and all the fun in between now and then!). E-mail me (loni@sfcn.org) for a no-obligation packet to see if Stampin’ Up! is for you! 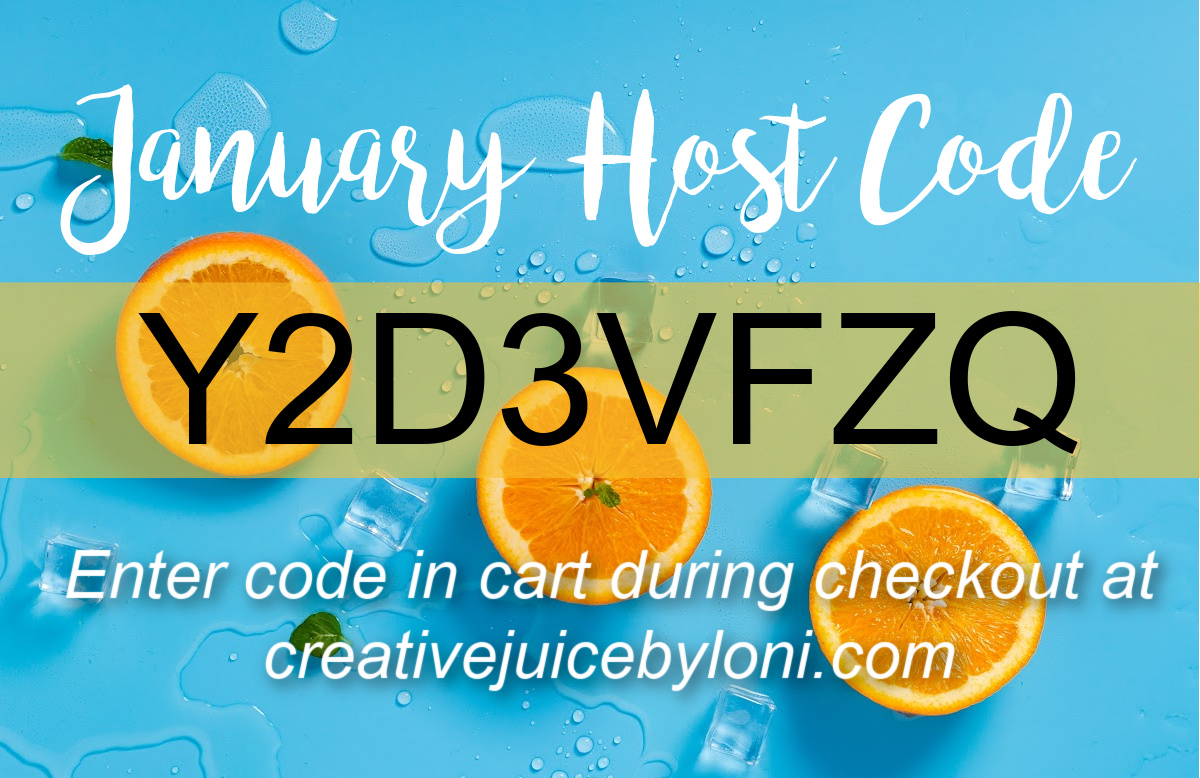 When your order is *less than $150* SHOP THIS LINK and be entered into my monthly Host Code drawing!

If your order is OVER $150, you are the host of your own party and can choose your own rewards immediately!

Better yet, if you are ordering over $99, the best deal is the starter kit!

Follow Creative Juice by Loni on WordPress.com
This is my personal blog: I am an Independent Stampin' Up! Demonstrator, and I am responsible for its content. Stampin' Up! does not endorse the use of or contents of the classes, services, or non-Stampin' Up! products I may offer here. All stamped images © Stampin' Up! 1990-2022